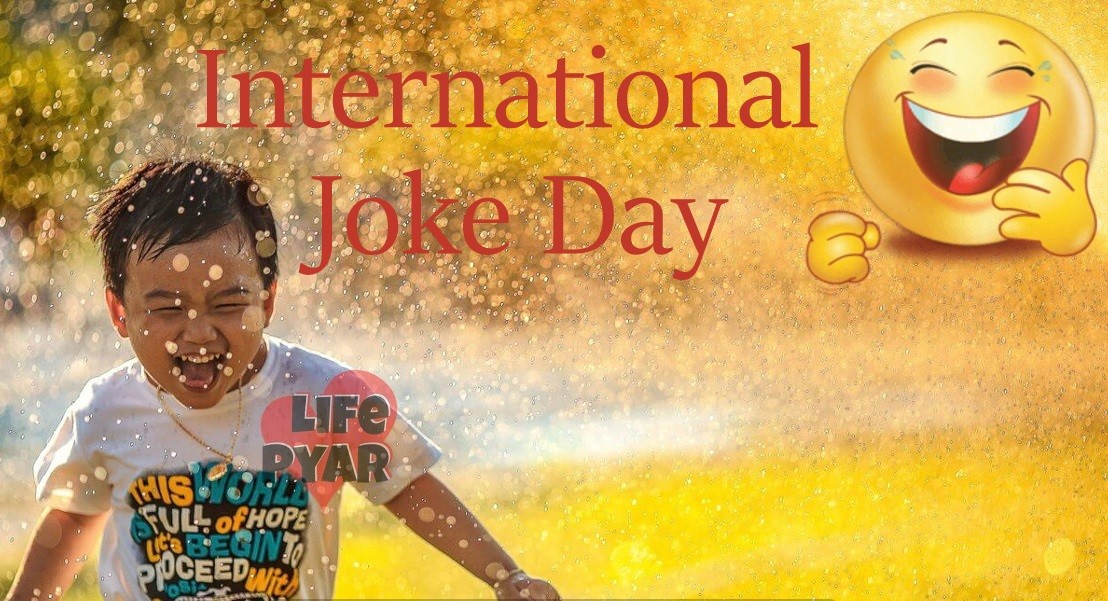 International Joke Day is founded to spread laughter around the world and to know the value of laughter. The International Joke day is set to be celebrated on July 1st every year. The day is not famous as it sounds and it’s not celebrated much, but its the best opportunity to share your little jokes with your family and friends.

The International Joke day serves as a reminder to get back your fun self and helps you to forget all your problems. Being sad and moody will not solve your troubles, celebrating International Jokes day will help forget all the problems and keeps you happy. This is a perfect day to spread some harmless jokes and you can also post your jokes in social media’s too. According to the survey, the children between the age of 0-4 laugh nearly 200 – 300 times a day, but adults laugh only 4-20 times a day.

The origin of International Joke Day was not clear but it is rumoured to be founded by Wayne Reinagel in the year 1994. Wayne Reinagel wrote a sentence that, “I made this day July 1″ to promote his Joke books”. Some people believe that exchanging jokes was first started in Greece by Palamedes even before the Trojan War. In 350 BC, the first Comedy Club was founded and it is called a Group of Sixty. In this club, people used to share their jokes and make others laugh.

Short Joke of the day

1. What two things can you never eat for breakfast? Ans. Lunch and Dinner.

2. What has a face and two hands but no arms or legs? Ans. A clock.

3. During what month do people sleep the least? Ans. February, it’s the shortest month.

4. What kind of room has no doors or windows? Ans. A Mushroom.

5. What tastes better than it smells? Ans. A Tongue.

How to Celebrate International Joke Day

On this day teach your kids that laughter is the best medicine, so be happy and keep the people around your happy. You can also create your own jokes and humorous videos, share it with your friends and family members. Organize jokes contest with your friends, family and give some gifts for the best jokes on this day.