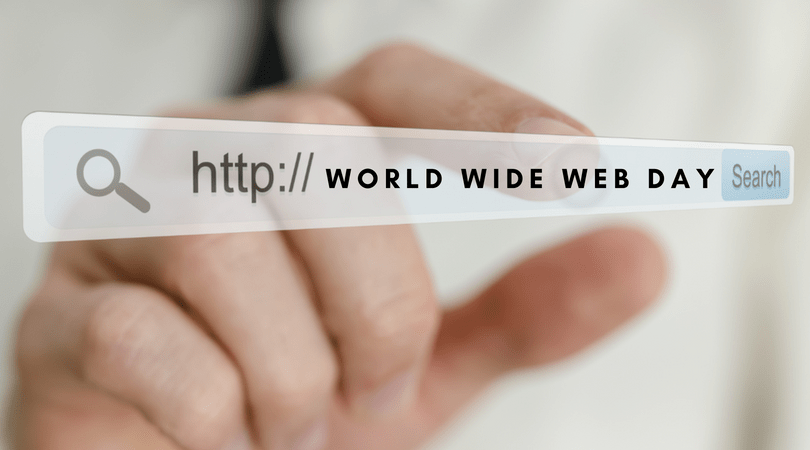 The World Wide Web Day is 30 years old now. Computer scientist Tim Berners-Lee invented it on March 11, 1989. World Wide Web Day was mainly dedicated to web browsing that brings the world at your fingertips. It is also called as WWW or W3. The Web is an information space where documents and other resources are identified by the Uniform Resource locators URLs like https://www.example.com which may be interlinked by hypertext.

Before the Web, the significant sources of information were newspapers, radio news and TV. Today, billions of people are using the Web to get the news, information, weather, medical diagnoses, guides, reviews and the like. Also, the Web is used to book tickets, buy and sell goods, express opinions, etc.

On March 11, 1989, Tim Berners-Lee first proposed the system “Information management” at the European Organisation for Nuclear Research, CERN. Two years later, he wrote the first web browser while working at CERN near Geneva, Switzerland. In the year 1991, the web browser was first released to other research institutions and then to the public on the internet. CERN announced that World Wide Web technology would be available free of cost for everyone. The first International WWW Conference was conducted at CERN in Geneva. In 1994, the World Wide Web Consortium (W3C), an international standards organization for WWW was founded.

The first image to the internet was uploaded in 1992 by Tim Berners-Lee. It was of Les Horribles Cernettes, a parody pop band founded by CERN employees. Computer engineer Ray Tomlinson sent the first email in 1971.

Uses of the WWW