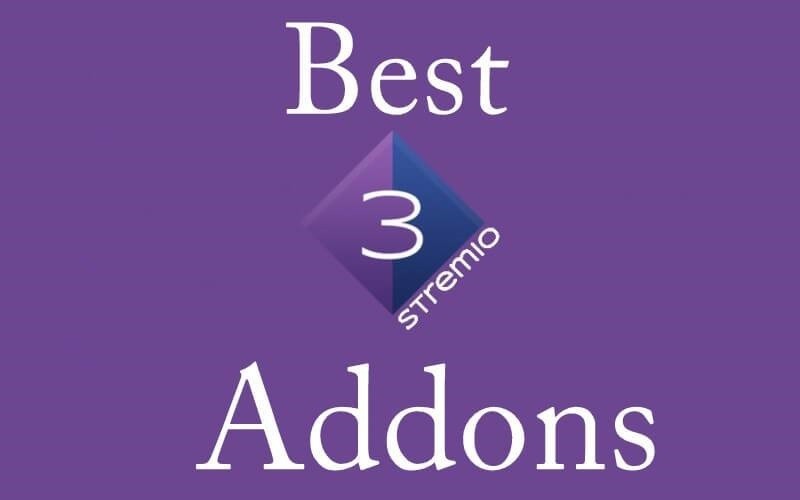 Stremio is the popular modern media app for streaming movies, TV shows and live TV channels. By default, it offers plenty of movies, TV shows and online live channels. Just like Kodi, Stremio needs to install addons for content streaming. It supports both official and third party addons for streaming its content across the world. With these addons, you can stream legal and copyright media contents for free. It allows you to add your favourite videos into a personal library, you can access them anywhere over the internet connection. In the following, we will see some of the Best Stremio addons which take you to the next level of the streaming experience.

Stremio addons are 100% legal and free to use. Using these legal addons user can stream all the media contents like movies, TV shows, series and live TV. List of best stremio addons are,

Zooqle is one of the best Stremio addons contains a wide range of video contents. It can stream movies, TV programs and documentaries from various torrent websites. It is primarily for on-demand video contents like movies and TV shows. You can stream videos from different categories like action, drama, comedy, thriller, sports, news and more.

Among all the Stremio addons, IBERIAN manages to be at the top. It features all the latest and exclusive movies, TV shows and on-demand videos in high streaming video quality. It is constantly updated with new movies and TV programs.

Popcorn Times is one of the Stremio addons that features free movies, TV shows and other media contents directly from the torrent website like YTS & EZTV. It also allows to streams of high-quality on-demand videos. It allows the user to choose the streaming quality for the media contents.

Netflix addon on Stremio is the official one which streams movies, TV shows, documentaries and web series available on Netflix without any buffering issues. Netflix requires subscription payment to access its contents.

DTube is similar to YouTube which contains plenty of video contents like movies, TV shows and more. DTube considered being a video hub. It offers a reward to the people who create original contents. The reward will be in the form of cryptocurrencies.

Open videos are one of the Stremio addons that streams on-demand movies and TV shows. Open Video addon stream all the latest and popular videos you would like to stream. It allows the user to select the streaming quality of videos like SD, 720p and 1080p.

Open Subtitle addon in the Stremio is a completely legal one which provides subtitles to the streaming video contents. It makes easier to watch other language movies and TV shows. It contains subtitles for many languages and allows you to add subtitles to Korean, Spanish and French movies and web series.

RARBG is the most popular Stremio addon that contains unlimited video contents including movies and TV programs. It fetches the media contents directly from the RARBG torrent website. It allows you to select the streaming resolution from SD to 1080p and also supports 4k video quality.

WatchHub Stremio addon stream movies and TV programs directly from the provider. You can watch your favourite movies and other video contents on WatchHub addon. Its providers includes Amazon prime video, Hulu, HBO, iTunes and more. It offers streaming from UK and USA.

VODO is ultimate Stremio addon that allows you to stream independent indie movies. It is the popular addon in the streaming platform to promote independent movies. These type of movies are produced and distributed by independent companies which are working outside the film industry.

Flimon is one of the official Stremio addons that carries more than 600 TV channels and 40000+ video contents. It also shows live TV shows, movies, news and some social TV channels for free. It is a legal addon for streaming without any cost.

Twitch is another official Stremio addon that allows you to watch live TV channels. It is considered to be the main hub of live IPTV channels. It especially streaming live sports channels to watch sports events from various part of the world.

Juan Carlos 2 is the most popular Stremio addon. It allows you to stream movies, TV shows and media contents directly from the torrent website. It also offers plenty of copyright contents and hassle-free torrent streaming. There are a wide variety of entertainment option and a lot of free contents are available on Juan Carlos addon.

Read: How to install Stremio on Android?

Stremio is the popular app for free streaming of media contents. By installing the best Stremio addons mentioned above, you can watch movies, TV shows and live TV channels. It is considered as a strong competitor for Kodi on media streaming platform.