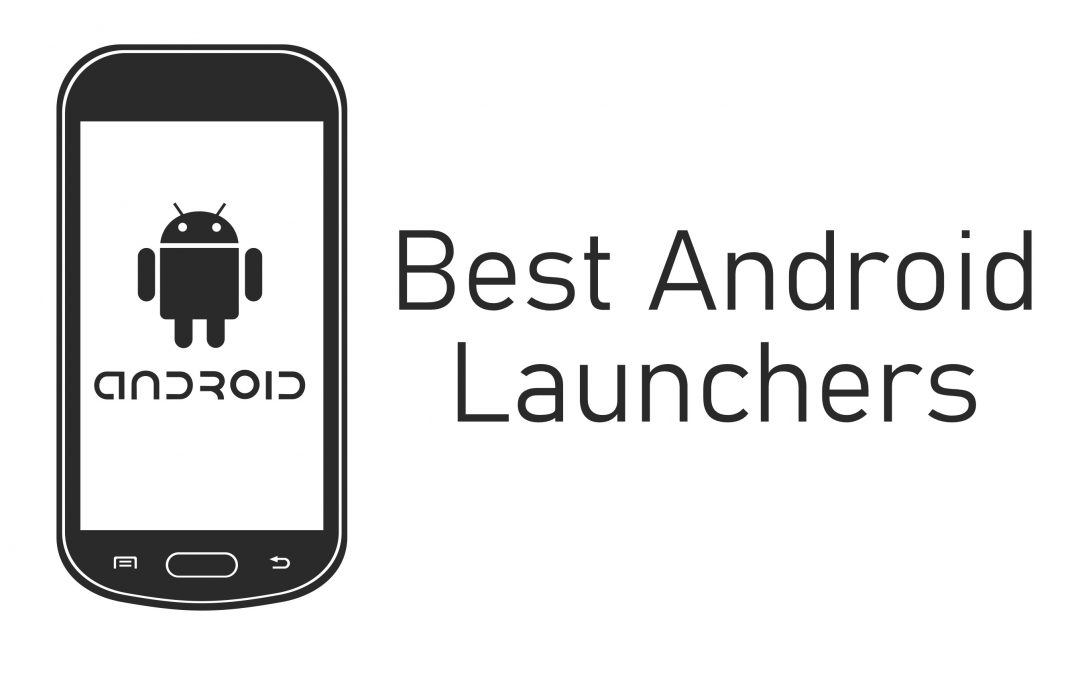 The Launcher is the most powerful feature of Android. It will quickly modify the software features and allow you to organize the app shortcuts and widgets. A good launcher can change the looks of the home screen, app icon and themes of your device. Android launcher app has a diverse set of features, you can do some amazing things with these apps. There are a number of launchers available for download on android devices. In this article, we will see some of the best android launchers to customize your android device.

There are a number of Android launchers available and some of them are available on Google Play Store and some are third party launchers.

Microsoft launcher is an outstanding launcher, it means business. It is formally known as Arrow launcher with a lot of customization features. This app helps in easy view of your personalized feeds and allows you to organize everything on your device. It is a free launcher app available on the google play store.

Evie launcher is an excellent android launcher available on the google play store. This launcher features a wide range of home screen layouts along with a universal search option. It allows you to change things like icon size, app drawer, themes and wallpapers. It shows frequently used apps on the search bar except for hidden apps.

Apex Launcher is the most iconic Android launcher that contains a lot of themes and icon packs. This launcher forms the app groups based on the title, date of installation and usage. It also includes the ability to alter the things like transition animation, scrolling features and there is a scrolling dock where you can lay plenty of icons.

Poco Launcher is a free launcher for Pocophone. It is also available for android devices. It is fully compatible with home screen wallpapers, themes and animation effects. Poco automatically creates app groups based on the category or creates custom icon groups to keep important things safe. It allows third-party icon packs, which gives new look to your device.

Google Now Launcher is a free launcher developed by Google. This app offers this app for android devices and mainly for non-pixel smartphones. It has only the least settings and customization options. It contains simple layouts for the home screen and app rigid. Google search bar is designed on the right side of the home screen itself.

The Rootless launcher is a completely free and open-source launcher for all android devices including pixel smartphones. some of the unique features include adaptive icon packs, app icon shape selection, wallpaper based themes and select search bar location. You can also get Google feed working on this launcher, for that it requires some additional plug to install.

Lawnchair launcher is a free android launcher app. It is an open-source project, imitates the look and feels of Pixel launchers. Some features are similar to pixel launcher features, those features are icon pack support, variable icon size, Dock customization, custom app gird, adaptive app icon and much more. It is totally free with no ads or in-app purchases.

Niagara launcher on android is a practical, elegant and minimalist launcher that brings you quick access to the frequently used app. On your home screen, you can switch between eight apps frequently. It will organize all apps in a simplified list, allows you to interact with notifications right on the home screen and hide unwanted in-built apps are some of the top features to use this launcher.

CPL (customized pixel launcher) is one of a few similar done Pixel launcher clones on Google Play Store. It is one of the cleanest mobile launcher, looks and acts like a pixel launcher. To enable Google feed on this launcher you need to download and install plug-in applications. It requires user permission for the screen lock function.

Buzz launcher app on Android is the type of customization. Home Buzz is the unique feature of this launcher that contains a home screen customization service with more than 700000 home screen uploads. The additional features are called Screen Effects which is similar to live wallpapers with animation effects. It has an in-built app locker, RAM cleaner and a lot of gestures to access the shortcuts on the home screen.

Total launcher is the most popular launcher that brings a very high level of customization along with animated themes. It requires user privileges to implement the screen lock launcher action. If you like to have a simple, smart and beautiful home screen choose this launcher. You just press and hold it to edit the launcher options, whatever it is.

APUS launcher is one of the best and fastest android launchers available on the Google Play Store. It brings you a new home screen with stylish themes and wallpapers. It keeps your mobile in good condition by hiding unwanted in-build apps and videos.

AIO launcher on android is different from other launchers. It does not have colourful icons, animated effects and a variety of themes. Instead of these, it shows the most important information like current weather conditions, standard android notification, frequently used app buttons, list of received emails, Twitter notification and more. The paid version of this launcher displays integration for telegram and regular widgets for frequently apps.