How to use Chromecast on iPhone/iPad? 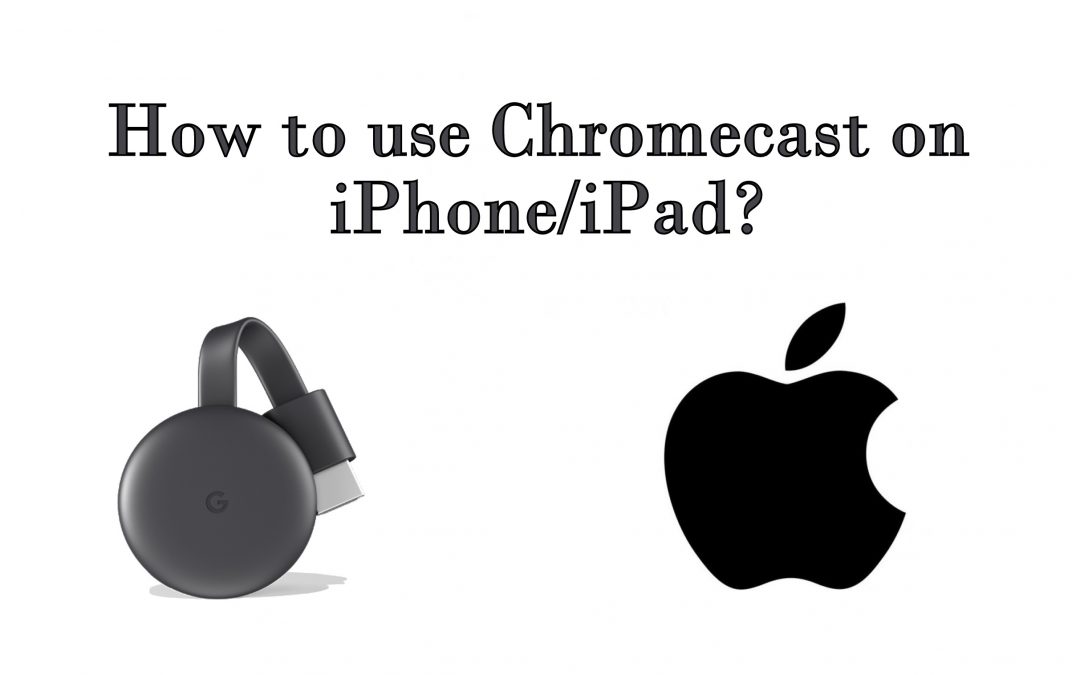 There would probably be none who don’t love streaming content on the big screen. The apps with cast feature is an added advantage for any Android or iOS device users provided if they have Chromecast or Chromecast Ultra. As Chromecast works with the devices you already own, casting from iPhone or iPad isn’t that complex. So any Chromecast device users can stream the same contents as that of an iOS smartphone. The steps to Chromecast for iPhone/iPad is simple if you follow the article.

Once with the setup, you can use the built-in cast feature of different iOS apps to transfer or cast media to the HDTV with Chromecast dongle. For a while, not all of the iOS apps support casting like Android apps. However, the cast feature is rolled out to certain iOS apps like Netflix, Hulu, YouTube, ESPN, Sling TV, BBC iPlayer, Pandora, NOW TV, etc.

How to Use Chromecast on iPhone, iPad

Just before casting contents from iOS to Chromecast, it is indeed must to set up your iOS. Only then, you will be able to Chromecast media from your iPhone/iPad device.

Related: How to use Plex on Chromecast?

As the iPhone and iPad are working on the same OS, the steps to setup Chromecast for iPad and iPhone is almost the same. To know more, get into the section below.

Step 1: Download and launch the Google Home app on your iPhone or iPad from the App Store.

Step 2: Google Home will prompt you to Turn on Bluetooth. If you have turned on already, then you won’t receive this prompt. On the other hand, if you don’t want to turn on Bluetooth, then choose No thanks.

Step 3: Click on the iPhone Home button to click on Settings and select WiFi. You should connect your iPhone to the WiFi as that of your Chromecast. For instance, choose ChromecastXXXX.

Step 4: Launch the Google Home app and click on Get Started link on the Welcome Home screen.

Step 5: Tap Home or Create Another Home option on the next screen to further proceed with the setup process.

Step 6: Choose Add option to select Set up the device from the list of options.

Step 7: After that, you should click on the Set up new devices.

Step 9: Open Google Home on iOS to see the list of nearby devices that are available for setup. Choose the device and click Next.

Step 10: When Chromecast TV and iOS device gets connected, a code will be shown on your HDTV. Just tap Yes.

Step 11: Choose a name for Chromecast. In addition to this, you can do some basic settings like adjusting the privacy and guest options.

Step 12: Finally, you will see Set up is successful. You are done! notification.

Related: How to Chromecast IPTV to TV from Desktop/Android [2019]

Steps to Cast Media from iPhone/iPad to Chromecast

When the setup is successful, you can click to see the tutorial. After that, you can follow the steps given below to start casting media from your iOS to Chromecast TV.

Step 1: Turn on your HDTV connect it with the WiFi as that of your iPhone/iPad.

Step 3: Click on the Cast icon on the app on your iPhone or iPad.

Step 4: Select the Chromecast device name on the next screen to connect your iOS device with it.

Step 5: Lastly, tap to open any video on your device and the same will be mirrored to your TV.

That’s it. Use your iPhone to control the playback of any video and the same will be reflected back on the HDTV.

Related: How to use Sling TV on Chromecast?

Now you can cast almost any of the media contents like music, videos, photos, etc, to the Chromecast TV. There are few iOS apps that support casting feature built-in. You shall let experience the watching any media by transferring your iPhone or iPad screen to the smart TV.